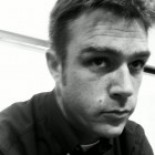 Left Behind: Some thoughts on Colin McIntyre’s Breath and Last Depot before Desolation.

As I viewed Colin McIntyre’s work Breath last Sunday at E.A.S.T., I was reminded of something the sonic artist Michael Brewster told me to do when I visited his studio in Venice, CA: “walk.” Brewster understands sound. And he understands how sound, space, and time are completely interconnected. Walking around his large anechoic chamber of a studio a few months ago, listening to one of his recent “sketches” resonate from a hidden speaker system, I could take my time and dwell on the variations in pitch and tone of the sound caused by my proximal relation to the white walls and the hidden speaker. It was a meditative process, and it can’t be rushed.

Neither can McIntyre’s works. His entire practice is rooted in time and its passing. Much like a miner who has to wait the several billion years to excavate diamonds from rock, McIntyre has to wait for time, and people, to abandon what he harvests. Exploring deserted buildings, McIntyre extracts long forgotten things like pieces of flooring or a the remains of a wooden pipe organ, and resurrects them through a sculptural practice that speaks about the very passing of time that weathered these objects.

This is done through the installation space. Breath is installed at a historical train station in southeast Austin. Like all dated landmarks, the station is kept up to preserve its bygone aura. Stepping through the doorway that late Sunday afternoon, I half expected to see an elementary school field trip underway being given by some volunteer from the Austin Historical Society. But this type of conservation has a certain fakeness to it, like those reenactment battles you can watch where the Union Army once again beats the Confederates, or some rebel Minutemen once again thwart some Redcoats. The station is too clean and too neat to be an accurate incarnation of what it was like when it was being used. The paint on the walls is too white, and the light bulbs are too bright. The actual passage of time is bypassed here as the station hides its years in the illusion of being historically accurate.

This becomes all the more apparent when compared to McIntyre’s work and the accompanying photographs by Robb Kendrick, Julia Solis, and Tom Kirsch. The photos surrounding Breath depict the interiors of dilapidated buildings and derelict furniture. Clearly used to either document the type of site—if not the actual one—that McIntyre works from, the high gloss photographs of a rotted out piano surrounded by debris feel as though you are being given a glimpse of what a real historical site looks like. Time doesn’t preserve things. Time consumes things. And these photos attest to that fact. In contrast to the station, the spaces here clearly have felt the weathering of years.

However, also like the station, these photographs preserve the past in a way that can be questionably authentic. How do we know the piano wasn’t pre-arranged by the photographer prior to it being photographed so that it looked just right with its surrounding debris and lit by an artificial light source? Photographs don’t preserve the past. They preserve how someone wanted to present the past to the present. They show you how the photographer wants you to see something. In this way, I feel like the photographs were more of an auxiliary component to McIntyre’s sculptures. They were supplemental parerga that framed the found object assemblages.

But, to come full circle to Brewster’s studio and his instruction to “walk,” Breath asks us to do the same. The wooden organ pipes stand in the middle of the room and are connected to a refurbished piece of machinery that makes them draw air. This causes various haunting tones to fill the space creating an atonal tune. By walking around the pipes and moving closer or further away from them, this tune changes pitch and volume. It rises or falls, shifting in relation to where you are. Echoing minimalist and post-minimalist concerns, Breath invites us to perceive it by exploring the space around it physically, visually, and sonically. From one location, you can note the variation in sound and look of the pipes in contrast to another viewpoint, and you become aware of how the passing of time in relation to your movement affects you and your experience of the work. I noticed this in particular on that late afternoon as the sun started its westward crawl, and the light coming through the station windows changed and cast slowly moving shadows of the pipes along the floor.

After some time, I began to reflect on the passing of the artwork altogether. It may seem odd after such a celebratory event as E.A.S.T. to think about the absence of the artwork, and to consider the way it is slipping away—or at least being threatened. But as I left the station and headed home, I couldn’t help but remember Jeanne Claire van Ryzin’s article in The Austin American Statesmen that documents how the rising rents of east Austin are starting to force artists to go elsewhere. Imagine some 10 or 15 years from now, exploring the out priced and abandoned studios at Canopy, Pump Projects, or Bolm before they are leveled to make way for high end condos and fancy fusion restaurants. I hope this never comes true. But, imagine what diamonds you could find if you have McIntyre’s eye and his love for that which is left behind. 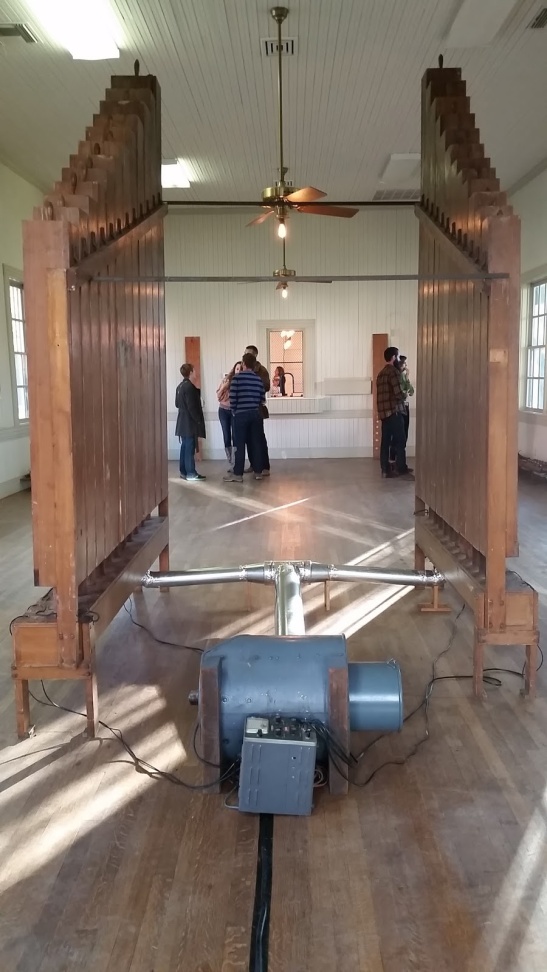